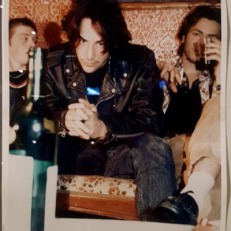 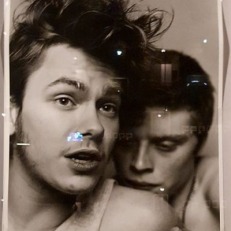 I was asked to share my story at a local meeting of YPR- Young People in Recovery. As a 58 year old gay man who is a Long Term Survivor of HIV, a person living in long term recovery, and a survivor of childhood trauma, I felt a little anxious about whether my message would have any meaning for the 10 individuals under 30 who were seated around the room we were in.

I haven’t shared my recovery story in several years. This is probably because I have really modified my recovery support strategy over the last 5 years. I became an addictions counselor and I continuously ran into clients at the meetings I attended which felt inappropriate. My sponsor passed away several years ago and I have not felt attracted to remain in the fellowship process without Paul. I attended a meeting weekly near my home for a while, but insistence of reciting a prayer which triggered tough memories became too much and I have just drifted toward Buddhism, meditation, and service work to sustain my recovery.

This particular request to share with YPR was in an “All-Recovery” meeting which left me feeling more comfortable with not recommending getting a sponsor, working the steps, and going to meetings. I’ve done all these things for several years, just not in the last 3 or 4.

One part of my story that seemed to be of interest and remembered by some of the small group later was the literary street gang that some friends and i initiated called the “VWSCCC etc…” which was a silly response to the movie “Warriors”. We loved the camaraderie that was depicted in the film. We found ourselves desiring that same “clique-like” feeling and recreated for ourselves. Truth be told, it now seems a huge excuse to get loaded a lot, but we did initiate with intention of elevating our understanding of literature. That was at the core of our hope. We read Kerouac, Stein, Ginsberg, Sackville-West, Woolf, Lessing and others.

I am not sure if any message was clearly delivered. I try to embody the idea that recovery works and that the gifts are beyond imagination. This is more than mantra. It is grist for the mill.

I guess I have been so lucky. I saw so many people swallowed up by life. Chewed up, spit out, and stomped on. Some forgotten and some unforgiven. Yet somehow,  I remain. Like cockroaches, taxes, and Cher.  I know that I work on a daily basis to share some of the grace I have been granted. No doubt I fall short often, if not always. The gift is in the giving. And I guess I do have some stories to tell.

I found this recording of a B52’s show at Park West Chicago in 1979. We were at that show. I borrowed my friend Chad’s pink Fiorucci jeans and wore them with a black t-shirt. Fred Schneider had on a matching ensemble. I felt affirmed. Hearing this recording helps me feel affirmed all over again… 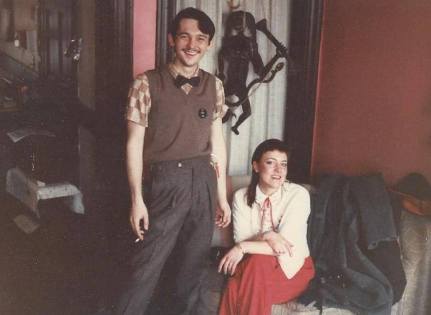 This entry was posted in stage 2 sobriety.

Personalized fashion and style advice for everyone!

The heart and soul of a real doctor

Stories and photos from Scotland

Recipes showing step by step directions with pictures and a printable recipe card.

A little bit of wellness & self-improvement, adventure & travel, addiction & recovery and how I somehow manage to take it all on in style (somewhat) with everyday fashion & home decor

Top 10 of Anything and Everything - The Fun Top Ten Blog

Your Colombian Bride Is Waiting

Giving and receiving radical ideas and cutting edge info and advice about addiction.

A Place of Inspiration, Hope, Happiness, and Living Well

Only We Can Change our Life, No one Else Do it For Us

Thoughts from a Noisy Mind.... and a Heavy, Broken Heart.

BY GRACE THROUGH FAITH